Many organisations are caught up in a stupidity paradox: they employ smart people who end up doing stupid things. 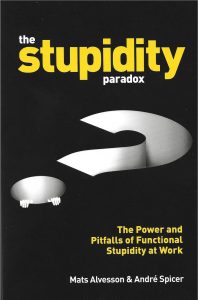