People don’t really know why they do what they do, nor how bad their decisions often are. 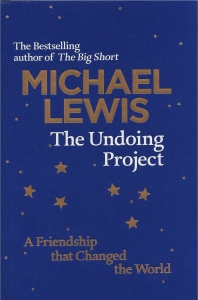 “I’ve always felt ideas were a dime a dozen. If you had one that didn’t work out, you should not fight too hard to save it, just go find another.”

“When someone says something, don’t ask yourself if it is true. Ask what it might be true of.”

“Because we tend to reward others when they do well and punish them when they do badly, and because there is regression to the mean, it is part of the human condition that we are statistically punished for rewarding others and rewarded for punishing them.”

“I get a sense of movement and discovery whenever I find a flaw in my thinking.”

“The way the creative process works is that first you say something, and later, sometimes years later, you understand what you said.”

“No one ever made a decision because of a number. They need a story.”

“The nice thing about things that are urgent is that if you wait long enough they aren’t urgent anymore.”

“When you are a pessimist and the bad thing happens, you live it twice. Once when you worry about it, and the second time when it happens.”

“Reality is a cloud of possibility, not a point.”

“Intuitive expectations are governed by a consistent misperception of the world.”

“Unless you are kicking yourself once a month for throwing something away, you are not throwing enough away.”

“He who sees the past as surprise-free is bound to have a future full of surprises.”

“When people make decisions, they do not seek to maximise utility. They seek to minimise regret.”

“Most advances in science come not from eureka moments, but from ‘hmmm, that’s funny.’ ” Irv Biederman