It is often possible to solve problems before they happen. 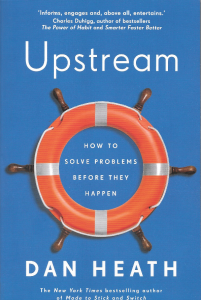