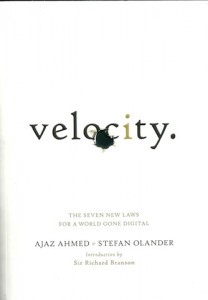 There’s no such thing as a safe bet – thinking you know it all is dangerous.

The best way to see if something works is to do it, not discuss it endlessly.

4. Convenient is the enemy of right

A close cousin of ‘Good is the enemy of great’, this is the old, slightly macho point of constantly testing your limits.

Proper use of data can provide the early signals about whether you are serving people properly.

6. No good joke survives a committee of six

Groupthink is more dangerous than being radical because it leaves brands and companies anonymous and unmentioned.

7. Have a purpose larger than yourself

This is pretty much the same as Daniel Pink’s purpose point – the suggestion is that individuals who aim to make a ‘meaningful and enduring contribution’ (their words, not mine) will be ‘disproportionately rewarded’ (in what way is unexplained).